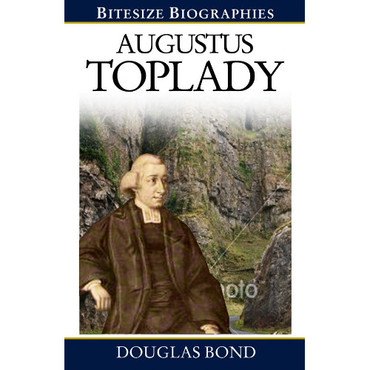 What is one to make of a man described as ‘strangely compounded, peculiarly constituted, and oddly framed’? It conjures up in the mind an image of Stevenson’s Mr. Hyde, or Shelley’s Frankenstein, or Hugo’s Quasimodo. But such is J. C. Ryle’s (1816-1900) description of Augustus Montague Toplady (1740-1778), author of what has been called the best-loved English hymn.

One wonders why someone would bother writing a biography — or reading one — about a strange, peculiar, odd person. Nevertheless, Ryle declared that no account of Christianity in England in the 18th century would be complete without featuring the remarkable Toplady.

Bond says that the purpose of the book is to ‘pull back the shroud that has covered Toplady, to unmask the caricature that has shaped his memory as merely a raw-boned and harsh controversialist’. The reader is shown what we can learn from Toplady for today.