A Christian's Response to Islam by William McElwee Miller (Paperback) 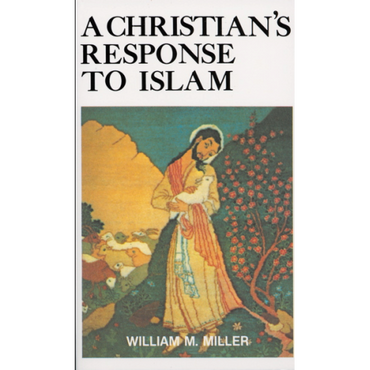 A Christian's Response to Islam by William McElwee Miller (Paperback)

In 2005 Donald Miller started"The Mentoring Project, " an organization that helps churches start mentoring programs and pairs mentors with boys in need. Don's work with the fatherless led the Obama administration to invite him onto the president's task force on fatherlessness and mentoring. Donald is the director of "The Burnside Writers Collective", an online magazine. He is a frequent speaker, appearing at events such as the Women of Faith Conference, The Democratic National Convention, and Harvard University. He still lives in Portland, Oregon with his dog Lucy

Provides a basic understanding of Islam, and how it differs from Christianity. Insightful advice on witnessing to Muslims.

Knowing and liking this book, I was sad to hear the two earlier reviews from Muslims, which were very anti- this Christian book. No Muslim of course will be able to accept this book, neither will the Christian author agree with the religious views of the two reviewers.
Despite many similarities, Christianity and Islam are not compatible. It is unfashionable to stand up and say "My God is the only true God". But both religions claim this, and therein lies the incompatibility. And so too, surely a Muslim will never like what is said in this book.
I have lived in a Muslim country and found many Mulsim friends, but have had to disagree with them about our faith. I have never made the mistake of seeing all Muslims as the same, it's sad to see Christians as one indistinguishable mass as do the reviewers.
This book is useful in facing the difficulties of being a Christian where it is against the law to speak out about one's faith to Muslims. But it helps by showing the common points as well as where we differ, and this is where many conversations between the faiths can at least have a measure of agreement.
But it is a Christian book with the aim of teaching the word of God. Only by ignoring his stated purpose could the author hope to win the praise of the reviewers.