A Call to Prayer by J. C. Ryle 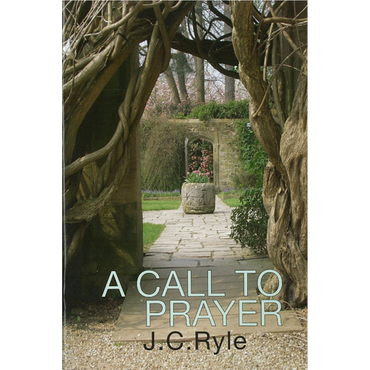 A Call to Prayer by J. C. Ryle

According to J.C. Ryle, private prayer is the most neglected of all Christian duties. That is most unfortunate because private prayer is the true measure of a Christian's walk before God and "the pith and marrow of practical Christianity". To bestir his readers to the practice and privilege of private prayer, Ryle points out both the blessings of prayer and the grave dangers of prayerlessness. Prayer under the blessing of God leads to the new birth, strengthens faith, moves mountains, and promotes spiritual growth and contentment that rises above circumstances. Prayerlessness, on the other hand, is the broad road leading to Hell for the unbeliever and the major cause of backsliding in the Christian. Ryle observes that "men fall in private long before they fall in public". His warning is surely a word in season to our contemporary evangelical church, whose witness during the last generation to a lost and perishing world has been sorely compromised by scandals involving so-called Christian leaders.

John Charles Ryle (1816-1900) was the first Anglican bishop of Liverpool. Ryle was born at Macclesfield, and was educated at Eton and at Christ Church, Oxford, where he was Craven Scholar in 1836. After holding a curacy at Exbury in Hampshire, he became rector of St Thomas's, Winchester (1843), rector of Helmingham, Suffolk (1844), vicar of Stradbroke (1861), honorary canon of Norwich (1872), and dean of Salisbury (1880). However before taking the latter office, he was advanced to the new see of Liverpool, where he remained until his resignation, which took place three months before his death at Lowestoft. His appointment to Liverpool was at the recommendation of the outgoing Prime Minister Benjamin Disraeli. Ryle was a strong supporter of the evangelical school and a critic of Ritualism. He was a writer, pastor and an evangelical preacher. Among his longer works are Christian Leaders of the Eighteenth Century (1869), Expository Thoughts on the Gospels (7 vols, 1856 69), Principles for Churchmen (1884). Ryle was an athlete who rowed and played Cricket for Oxford, where he took a first class degree in Greats and was offered a college fellowship (teaching position) which he declined. The son of a wealthy banker, he was destined for a career in politics before choosing a path of ordained ministry. While hearing Ephesians 2 read in church in 1838, he felt a spiritual awakening and was ordained by Bishop Sumner at Winchester in 1842. For 38 years he was a parish vicar, first at Helmingham and later at Stradbrooke, in Suffolk. He became a leader of the evangelical party in the Church of England and was noted for his doctrinal essays and polemical writings. In 1880, at age 64, he became the first bishop of Liverpool, at the recommendation of Prime Minister Benjamin Disraeli. He retired in 1900 at age 83 and died later the same year. He is buried in the All Saints' Church, Childwall, Liverpool. In his diocese, he formed a clergy pension fund for his diocese and built over forty churches. Controversially, he emphasized raising clergy salaries ahead of building a cathedral for his new diocese. Ryle was described as having a commanding presence and vigorous in advocating his principles albeit with a warm disposition. He was also credited with having success in evangelizing the blue collar community.

A most outstanding book and excellent read. Ryle was the Bishop of Liverpool in the late 1700s and his writing is alive with the Word of God and the intensity of the Puritans. This little salvo is a challenge to all to pray - to those who don't know the Lord to cry out for God's mercy and redemption and for those who do to cry out for God's continued hand of protection and provision in their own lives as well as for His grace and mercy in the lives of others. Ryle is straightforward in his approach on this subject asking repeatedly and simply - Do You Pray?

Yet he goes beyond the question to the meat of the issue giving strong arguments for why prayer, the most neglected duty in religion according to Ryle, is so necessary for the spiritual well-being of an individual. Once he has made his point, and made it well, Ryle turns his attention to how a person should pray. This work of prayer, according to Ryle, is so often neglected because it is such an arduous task cutting against the flesh and standing (or kneeing in this case) in direct opposition and defiance of Satan himself. Ryle encourages the Christian to pray with reverence and humility, spiritually, as a regular part of their business of life, with all perseverance, in earnestness, in faith, with boldness, with fullness, on behalf of others, with thankfulness and with watchfulness over one's prayers. He writes this to state his position on the importance of prayer: "Tell me what a man's prayers are, and I will soon tell you the state of his soul. Prayer is the spiritual pulse."

I am gaining in my appreciation for the works of J.C. Ryle - wonderfully written, challenging, yet encouraging to the heart of a true follower of Christ. Here is a man that walked with the Lord in humility and with passion and reading his works must be Timothy getting a letter from Paul. I would highly recommend A Call to Prayer to anyone wanting to know why to pray or how to pray.