When Worlds Collide: Where is God? by R.C. Sproul 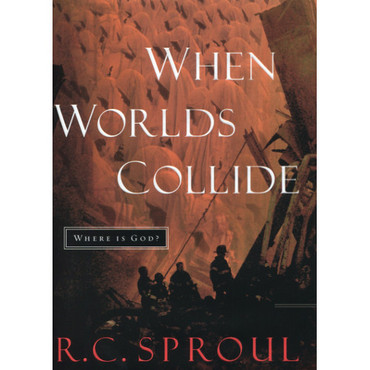 When Worlds Collide: Where is God? by R.C. Sproul

Name any catastrophic event in the course of history, and it seems as if God has abandoned the human race. Where was He while the Israelites groaned in oppressive slavery for 400 years? Where was He during the Holocaust when millions of people died horrific deaths? Where was He on 9/11, when thousands lost their lives because of terrorists? It sometimes seems that God is silent, watching the horrors of life on earth without pity or concern.

R. C. Sproul (Drs, Free University of Amsterdam) serves as senior minister of preaching and teaching at Saint Andrew’s Chapel in Sanford, Florida, and is the founder and president of Ligonier Ministries. He has taught at numerous colleges and seminaries, has written over seventy books, and is featured daily on Renewing Your Mind, an international radio broadcast.

Immediately after the 9/11 tragedies, people from all walks of life attempted to make insightful observations about this devastating event. Some people believed it was God's punishment towards America's declining moral values while others emphatically denied that a loving God would allow this to happen.

In this short, 90 page book, R.C. Sproul points to Biblical principles to make better sense of all of this. The main points are:

- We exist in the providence of God and He is in sovereign control of all things. It is incorrect to think that the events that occurred on 9/11/2001 were beyond His control.

- God is loving and merciful but he is also just. God's wrath and justice is an attribute many Christians seem to be in denial of, and distorts to the character of God. Mercy is meaningless if there is no justice.

- There are clear examples in the Bible of suffering that had nothing to do with the sin of the victims (Joseph the son of Jacob, Job, and the question posed to Jesus about the blind man).

- God is just in punishing sinners, otherwise He would be an unjust God. Fortunately, because of His grace, believers in Christ receive mercy.

In conclusion, Sproul will be quick to say he has no idea why God allowed 9/11 to happen. But he reminds us that suffering is temporal for believers and that those who aren't believers need to repent as pointed out in Luke 13:1-6. Perhaps the best observation Sproul makes is when tragedy occurs, people typically ask the wrong question, "Why did this bad event happen to these people?" He points out that because of mankind's unworthiness before God the real question should be, "Why has God been so merciful to us for so long when we are so quickly deserving of His punishment?" - Daniel C. Markel