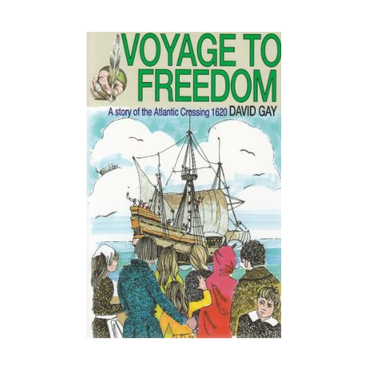 You are standing on a narrow quay-side waiting to board a small sailing ship. You are about to make an exciting but dangerous and uncomfortable voyage…’

So begins the racy and imaginative account of the voyage of the Mayflower which David Gay exciting historical narrative follows the nine week passage for the Pilgrims though the eyes of an imaginary family, Matthew and Martha Lovelace, with their typical children, Justice and Prudence. They encounter such fascinating characters as Master Reynolds, John Howland and William Butten- all of whom really took the Mayflower’s historic voyage. Here are three thousand miles of adventure, written with a sensitive appreciation of God’s care for his people, and of young people’s love for adventure.

David Gay joined Intel Research in Berkeley in 2001 where he has been a designer and the principal implementer of the nesC language, the C dialect used to implement the TinyOS sensor network operating system, and its applications. He has a diploma in Computer Science from the Swiss Federal Institute of Technology in Lausanne and a Ph.D. from the University of California, Berkeley.