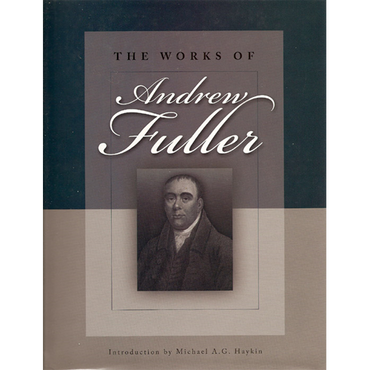 This Baptist minister and theologian was a truly outstanding man and one of the most attractive personalities in church history. C.H. Spurgeon called Fuller, “The greatest theologian of his century,” while his close friend, William Carey (1761-1834) expressed the thought of many who were personally acquainted with him, when he said, “I loved him.” Converted in 1769, Fuller was called to the pastorate of his family's church (1775). These were the formative years of his ministry, when his theological understanding was sharpened through close study of the writings of Jonathan Edwards, and by his life-long friendships with his closest ministerial colleagues, Robert Hall Sr., John Ryland Jr., and John Sutcliff. In 1782 he became pastor of the Baptist church in Kettering, Northamptonshire. Here he spent 33 fruitful years in pastoral ministry, theological controversy, and missionary endeavour. Perhaps the most significant event in his ministry here was the publishing in 1785 (second edition 1801) of his The Gospel Worthy of All Acceptation. Its main purpose was to set forth the truth that "faith in Christ is the duty of all men who hear, or have opportunity to hear, the gospel." "This epoch-making book", says Michael Haykin, "sought to be faithful to the central emphases of historic Calvinism while at the same time attempting to leave preachers with no alternative but to drive home to their hearers the universal obligations of repentance and faith." Its significance cannot be exaggerated, for it led directly to Fuller's whole-hearted involvement in the formation of the Baptist Missionary Society (1792) and the subsequent sending of the Society's most famous missionary, William Carey to India (1793). The dominant theme of Fuller's Works is "the grace of God in the gospel." In his last letter to his friend John Ryland, Jr., Fuller testified: "I have preached and written much against the abuse of the doctrine of grace, but that doctrine is all my salvation and all my desire. I have no other hope than from salvation by mere sovereign, efficacious grace through the atonement of my Lord and Saviour".