The Reign of Grace: From Its Rise to Its Consummation 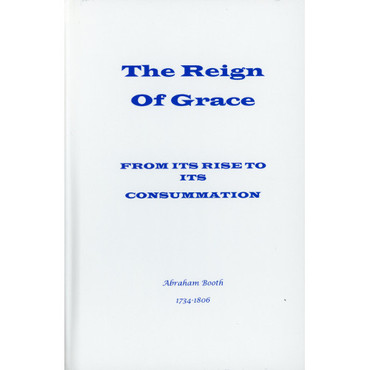 The Reign of Grace: From Its Rise to Its Consummation

The Reign of Grace: From its Rise to its Consummation which the author described as his “feeble attempt to illustrate its power and majesty, that the free favor of God manifested in our salvation, is a theme so copious and so sublime, that all which can be said by the most evangelical and eloquent preachers; all that can be written by the most accurate and descriptive pens; all that can be conceived by the most excursive and sanctified imagination among the sons of men, must come infinitely short of a full display.” In this book is a remarkable reverie of grace.

Abraham Booth (1734 – 1806) was an English dissenting minister and author, known as a Baptist apologetical writer.