The Pearl of Christian Comfort by Petrus Dathenus 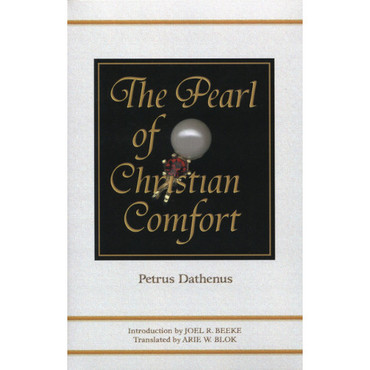 The Pearl of Christian Comfort by Petrus Dathenus

The Pearl of Christian Comfort is a dialogue between a mature believer and a young Christian, designed “for the instruction and consolation of all troubles hearts who are not properly able to distinguish between the law and the gospel.”

Petrus Dathenus masterfully explains the relationship between faith and works in an evangelical and experimental manner, typical of the early Dutch Second Reformation. This succinct treatise lets the light of Scripture shine clearly on the practical issues involved in teaching and living the doctrines of sovereign grace. - From the Introduction

Petrus Dathenus (1531-1588) was the leading figure of the early Dutch Second Reformation. In addition to serving Reformed churches in the Netherlands and Germany, he played a critical role in the development of Reformed worship through his translation of the Heidelberg Catechism, his metrical version of the Psalms, and his compilation of liturgical forms.