The Mystery of Providence by John Flavel 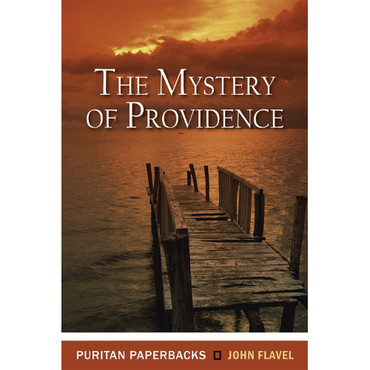 The Mystery of Providence by John Flavel

First published in 1678, this little work is based on the words 'God that performeth all things for me' (Psalm 57:2). It shows us how providence works for us in every stage and experience of our lives. The book is richly illustrated from the lives of believers and from the author's wide reading in church history. There are avenues of spiritual knowledge and experience opened to the Christian in this work which he probably never knew existed.

The eldest son of the Rev. Richard Flavel, John Flavel was born at Bromsgrove, Worcestershire, about 1628, and thus spent his childhood in the stormy years which led up to the Civil War in 1642. Following the defeat of the Royalist cause he 'plied his studies hard' as a commoner at University College, Oxford, and then, in 1650, entered the ministry to share in that sunny decade of spiritual reaping which preceded the restoration of Charles II.

Flavel's life and work was carried on in the county of Devon, first in the country parish of Diptford and from 1656 in the thriving sea-port of Dartmouth. Through the last years of the Protectorate and until that August day in 1662 when about 120 ministers in Devon and approaching 1,800 in England as a whole were turned out of their livings for failing to comply with the terms of the Act of Uniformity, Flavel preached every week at Townstall, the mother-church which stood on the hill outside the town, and fortnightly at the Wednesday Lecture in Dartmouth.

Thereafter he took his place in the suffering ranks of the nonconformists and had a full share of the persecution which with greater or less intensity, and short intermissions, was to continue until James II fled the country in 1688. The repressive legislation which followed 1662, while it broke the evangelical ministry of England in a public sense, scattered Gospel light into new areas and led not infrequently to the use of strange pulpits. We hear of Flavel preaching at midnight in the great hall of a house at South Molton; on another occasion in a wood three miles from Exeter; and the most colourful site of all (though it could not have been a comfortable one) at Saltstone Rock, an island in the Salcombe Estuary which is submerged at high tide. But wherever Flavel was forced to wander he was never far from Dartmouth: 'O that there were not a prayerless family in this town!' was one of many petitions he offered for Dartmouth.

‘It is a wonderful book, the Banner serves us all by keeping it in print. Flavel does a wonderful job of helping you to meditate on how God’s sovereign kindness is seen even in the strangest circumstances…he knew suffering himself, and he was faithful.’ — MARK DEVER