The Life of Archibald Alexander 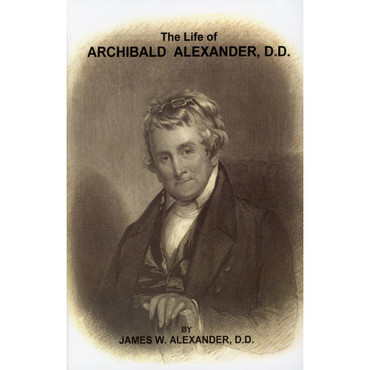 The Life of Archibald Alexander

Archibald Alexander's classical and theological studies were pursued under the direction of Rev. William Graham at Liberty Hall, now Washington and Lee University. He was converted during a revival of religion in the Valley of Virginia and was licensed to preach at age nineteen. He held pastorates in Virginia and Philadelphia, PA before he was called to be the first professor of theology at Princeton Theological Seminary, where he remained until the end of his life. He wrote many excellent books including the Log College, Thoughts on Religious Experience, and Practical Truths, which is currently in print by Sprinkle Publications. This title has been brought back into print due to increased interest.

Glossy white hardcover with portrait on Alexander on the cover and black lettering on front cover and spine. 700 pages, including a list of Alexander's writing at the end of the book.