The Irish Puritans: James Ussher & the Reformation of the Church by Crawford Gribben 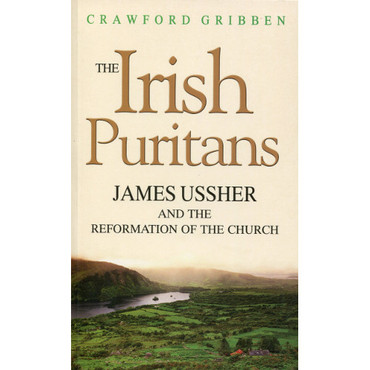 The Irish Puritans: James Ussher & the Reformation of the Church by Crawford Gribben

Beginning in medieval times, the author takes the reader on a fascinating journey examining key events that have shaped religious life in Ireland, with special emphasis on the Puritan era and the leadership of the church exercised by Archbishop James Ussher. Richard Baxter once said, "If all the Episcopalians had been like Archbishop Ussher, all the Presbyterians like Mr. Stephen Marshall, and all the Independents like Jeremiah Burroughs, the breaches of the church would soon have healed"

Crawford Gribben is professor of Early Modern British History at Queen's University Belfast, and is the author of numerous books, including God's Irishmen: Theological Debates in Cromwellian Ireland (2007), Writing the Rapture: Prophecy Fiction in Evangelical America (2009), and Evangelical Millennialism in the Trans-Atlantic World, 1500-2000 (2011).