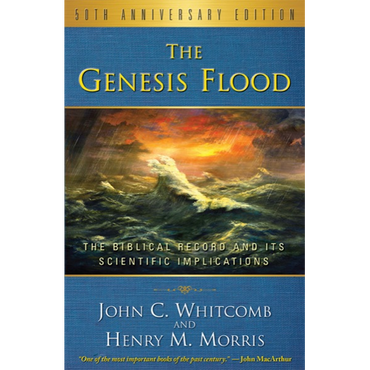 Presents a thorough system unifying and correlating scientific data in the early earth’s history. Whitcomb and Morris propose a biblically-based system of creationism and catastrophism. A modern classic, this title has become required reading for creationists. "One of the most important books of the past century." —John F. MacArthur Jr.

John C. Whitcomb studied at Princeton University and has a PhD from Grace Theological Seminary.

Henry M. Morris was president of the Institute for Creation Research, Santee, California. He studied at Rice University, obtained his PhD from the University of Minnesota, and served on the faculties of several major universities.
Endorsement
If you think the evidence for a world wide flood is just a few marine fossils here and there on mountain peaks think again. This book will show how massive canyons were formed all around the earth how the geological formations around the earth can only be explained by a flood and how fossils really form. Henry Morris and John Whitcomb make a very convincing case