The Collected Prayers of John Knox 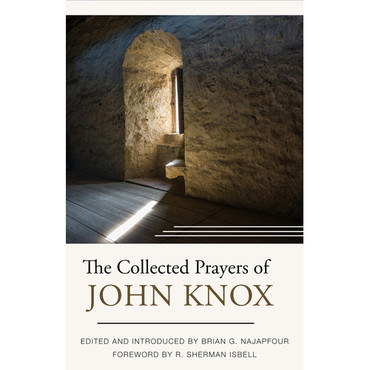 The Collected Prayers of John Knox

Come and take a look inside the prayers of the famous Scottish Reformer John Knox. One of the largest oppositions to his ministry, Queen Mary of the Scots is said to have said, “I fear John Knox’s prayers more than all the assembled armies of Europe." John Knox was one of the Reformation's greatest prayer warriors, famous for crying out to God and praying, “Give me Scotland, Lord, or I die!”. Various prayers of Knox from six varying themes make up this book, with the sections listed below.

John Knox (ca. 1514–1572) was a pastor whose ministerial labors helped lead the Protestant Reformation in Scotland.

Brian G. Najapfour has been a minister of the gospel since 2001 and has served both in the Philippines and in the United States. He is the author of numerous books including The Very Heart of Prayer: Reclaiming John Bunyan’s Spirituality and Jonathan Edwards: His Doctrine of and Devotion to Prayer.