The Books of Nahum, Habakkuk, and Zephaniah by O. Palmer Robertson (Hardcover) 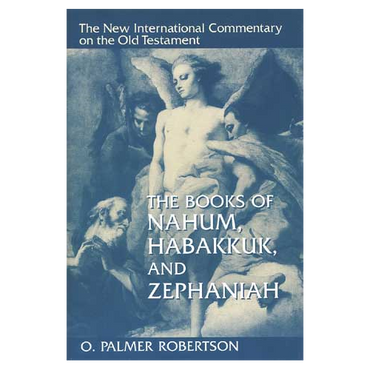 The Books of Nahum, Habakkuk, and Zephaniah by O. Palmer Robertson (Hardcover)

The close-knit bond between prophecy and history, according to O. Palmer Robertson, becomes particularly clear through the study of Nahum, Habakkuk, and Zephaniah. As the historical context of their messages is explored, it becomes ever more apparent that biblical history — in addition to providing the context for prophecy — actually embodies and functions as prophecy. The events that occurred to Judah and its neighbors spoke in anticipation of world-shaking circumstances that were yet to come. In this commentary Robertson combines the insights of biblical theology with a keen awareness of the age in which we live. After first dealing with the relevant background issues of Nahum, Habakkuk, and Zephaniah — redemptive-historical setting, theological perspective, date and authorship, and so on — Robertson applies the care and precision of an exegete and the concern of a pastor to his verse-by-verse exposition of each book. The result is a relevant confrontation with the ancient call to repentance and faith — a confrontation greatly needed in today’s world.

I was much encouraged by its vitality and spiritual presentation. The author kept in mind the new covenant as he presented the 3 prophetic books. My only criticism would be that Zephaniah study was anti climactic after the commentary on Habakkuk which deserved a shout of Hallelujah! and Amen! Commentary of Nahum second chapter was equivalent to a modern war movie with sound effects amid the ferocious attack on Nineveh and their desperate defensive attempt. Zephaniah was good especially at the beginning referring to the reverse creation being God's judgement on this world. The author's description of the life and times of the 3 prophets in relation to Persian, Babylonian and Judah interactions was very good and helpful.