Teaching for a Change by Norman De Jong (Paperback) 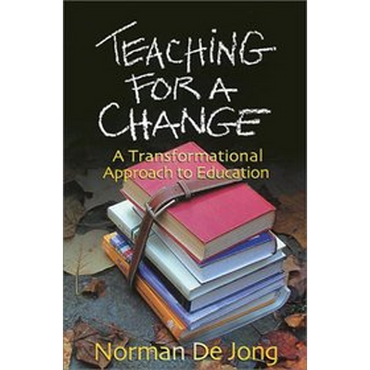 Teaching for a Change by Norman De Jong (Paperback)

Recent school tragedies have deepened concerns about education in our land. Parents, administrators, and public officials grope for answers but cannot agree on the root of the problem. At issue is the very purpose of education. Is it to fill blank minds? to impart skills for landing lucrative jobs? to create model citizens in a politically correct society? The task goes much deeper than filling memory banks and curbing outward behavior, says Norman De Jong. A lifelong educator on several levels, Dr. De Jong calls Christian schools and homeschoolers to a fundamentally biblical philosophy of education, one that deals with human nature, revealed truth, and a child's need to be transformed.