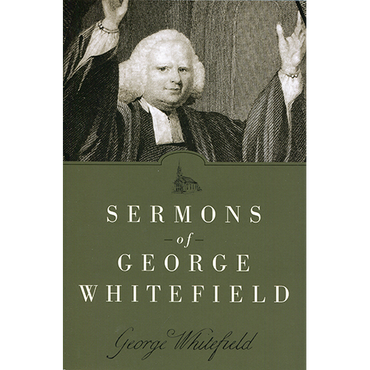 Revivalist and preacher George Whitefield was born on December 16, 1714, in Gloucester, England. The youngest of seven children, he was only two when his father died. He eventually finished grammar school and enrolled at Oxford at the age of 17. Those university years became the turning point of his life. Drawn into a group called the “Holy Club,” he met John and Charles Wesley and was converted to Christ in 1735. Whitefield was ordained in 1736 when he completed his Oxford degree. The first of his many trips to America was made in 1738, when he spent a short time in Georgia in the mission post vacated by John Wesley. Returning to England, Whitefield found that his connection with the Wesleys and the evangelical character of his preaching had erased his popularity with Church of England clerics. Excluded from their pulpits, Whitefield began a series of open-air meetings in Bristol, moving on to exhort tens of thousands of people in London’s Moorfields and Kennington Common. He persuaded John Wesley to carry on the work, and he returned to America, where he was an influential figure in the Great Awakening. Whitefield was an astounding preacher from the beginning. Though slender of build, he stormed in the pulpit as if he were a giant. It was said that “his voice startled England like a trumpet blast.” His messages were gospel-focused, simple and clear, bold, descriptive, earnest, and filled with pathos and emotion. Some calculate that he preached more than 18,000 sermons—and fewer than ninety have survived in any form. Among those, most notable are “The Seed of the Woman and the Seed of the Serpent” (Genesis 3:15); “Walking with God” (Genesis 5:24); “Christ, the Believer’s Wisdom, Righteousness, Sanctification, and Redemption” (1 Corinthians 1:30); “The Potter and the Clay” (Jeremiah 8:1-6); and “The Temptation of Christ” (Matthew 4:1-11).

Lee Gatiss (PhD, Cambridge University) is director of Church Society, an adjunct lecturer in church history at Wales Evangelical School of Theology, and editor of Theologian. He holds degrees in history and theology from Oxford, Oak Hill College, and Westminster Seminary. Gatiss has served churches in Oxford, Kettering, and London, and is the editor of The Sermons of George Whitefield. He and his wife, Kerry, have three children.

“George Whitefield was undoubtedly one of the greatest preachers of the modern Christian era, yet today he remains strangely neglected, even among evangelical Christians. Lee Gatiss’s excellent edition of Whitefield’s sermons will alleviate some of this undeserved obscurity. Pastors, professors, and laypeople would all do well to reflect on these sermons, which more than any other earthly force helped stir the massive revivals of the Great Awakening.”
—Thomas S. Kidd, Distinguished Professor of History, Baylor University; author, The Great Awakening: The Roots of Evangelical Christianity in Colonial America

“Lee Gatiss has done us a service—dusting off, tidying up, and re-presenting Whitefield’s electric preaching to a new age. Gatiss’s introduction to the sermons is worth the price of the volumes alone. My prayer is that these sermons will raise up, and stir up, a generation to preach with gospel fire. Amen and Amen.”
—Josh Moody, Senior Pastor, College Church, Wheaton, Illinois; author, Journey to Joy: The Psalms of Ascent

“George Whitefield has impacted my life and ministry more than I could ever measure. I could not be more excited about these sermons being back in print. One can only pray that the same Lord who used these sermons to shake the world so long ago will give us another Great Awakening through them. Whitefield’s own prayer for these sermons would surely accord with what he said when he gave the leadership of the Methodist movement to Wesley, 'Let the name of Whitefield perish, if only the name of Christ be glorified.’”
—Jason C. Meyer, Pastor for Preaching and Vision, Bethlehem Baptist Church, Minneapolis, Minnesota

“I have read some comments on the printed sermons of Whitefield that say these sermons don't translate well to the written medium. Well, I am sure it would have been amazing to hear him preach; but, given that, I find the written sermons to have an intrinsic fervor, power, clarity, and theological pungency that still leaps off the page into the conscience and affections in a gripping and edifying way. This publication is welcome; it will do us good and demonstrates once again that God’s truth transcends all generations and cultures and that God only rarely gives gifts to the church as transparently good as George Whitefield. Thanks to Lee Gatiss and thanks to Crossway.”
—Tom J. Nettles, Professor of Historical Theology, The Southern Baptist Theological Seminary; author, By His Grace and for His Glory