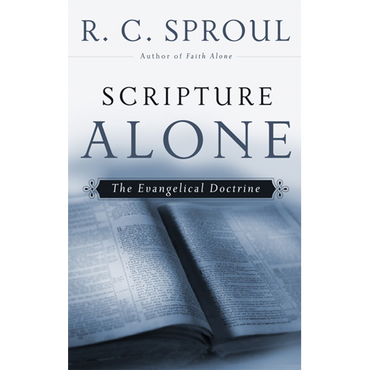 Dr. R.C. Sproul is founder and chairman of Ligonier Ministries, an international Christian education ministry located near Orlando, Fla. He is also co-pastor of Saint Andrew's Chapel in Sanford, Fla., chancellor of Reformation Bible College, and executive editor of Tabletalk magazine. He can be heard on the radio program Renewing Your Mind, which is broadcast on hundreds of radio outlets in the United States and around the world, and on RefNet Internet radio. Dr. Sproul has contributed dozens of articles to national evangelical publications, has spoken at conferences, churches, and schools around the world, and has written more than ninety books, including The Holiness of God, Faith Alone, and Everyone's a Theologian. He also serves as general editor of the Reformation Study Bible.

**** Is the Bible trustworthy? That has been an issue for many years, but issues such as the increasingly hot debates over creation vs. Darwinianism, or whether or not recent bestsellers have any validity have made it more important to be sure that the Bible is what it claims, the word of God. In a scholarly, yet conversational style, this book examines why it is important to know where you stand on that point of doctrine and why the Bible can be trusted. The explanation of complex terms and the historical background of the debate will broaden readers' acumen in multiple ways. Granted, it is not light reading, but it is worth your time. ****