Saul: The First King of Israel 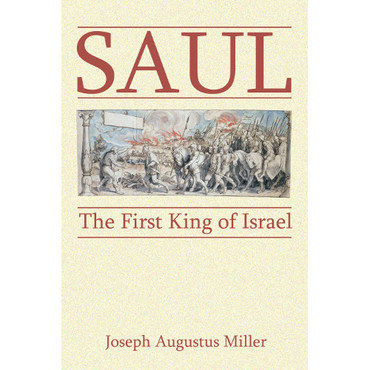 Saul: The First King of Israel

The history of Saul is of intense interest, charting the departure from God of a young man who began well. In his early life Saul displayed many winsome qualities – hesitancy over his appointment as king, obedience to his father and concern over his interests, and even initial success once installed as king – all promised much. The significant turning-point – the first wrong step – is treated so as to show the significance and consequences of a first sin. Each successive departure, culminating in the tragic and despairing end of his life, is vividly described and strikingly applied. This is a character study of the highest value. The cover shows Hans Holbein’s rendering of Samuel pronouncing God’s rejection of Saul following his disobedience over the destruction of the Amalekites.