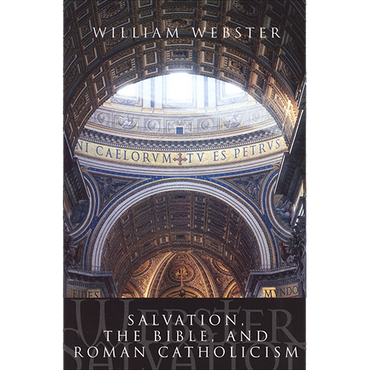 Why are there Roman Catholic and Protestant Churches? Is there any reason why a disagreement about doctrine which took place almost 500 years ago should continue to divide people today? Is it not the case that Roman Catholics and Protestants believe basically the same things?

In Salvation, The Bible, and Roman Catholicism William Webster explores the answers to these and other questions. In doing so he appeals both to authoritative Roman Catholic documents and to the Bible.

William Webster brings a special qualification to his study – although now a Protestant, he was educated as a Roman Catholic.

This book is an excellent review of the major doctrines of Catholicism and how they are in disagreement with the teachings of the Bible. Strong Biblical support is given for every point. It is significant that the author is a former Catholic and that he had significant Catholic training. The second half of the book gives one of the most complete & yet concise presentations of the Gospel of Jesus Christ I have read. It stands in stark contrast to the claims of Catholicism as to the way to obtain eternal salvation.