Origin of Man: The image of an ape or the image of God? by Stuart Burgess 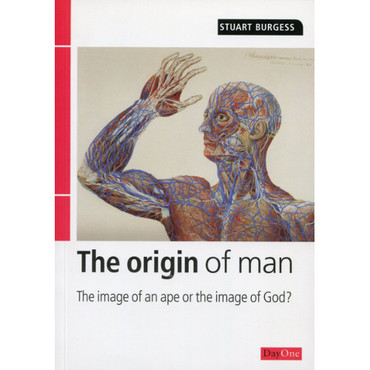 Origin of Man: The image of an ape or the image of God? by Stuart Burgess

Have humans descended from apes, or was man specially created? Do humans have unique characteristics and abilities that set them apart from all the animals? The answers to these crucial questions determine whether man is just an animal or a special spiritual being. This book shows that there is overwhelming evidence that man has a Creator. The book has many diagrams and includes: explanation of similarities between humans and apes; unique characteristics of humans; unique beauty of humans; archaeological and fossil evidence; the importance and relevance of the origins debate.

Professor Stuart Burgess has taught engineering design at Cambridge University and Bristol University. He has also carried out spacecraft design for the European Space Agency. In 1989 he received a Design Council Prize for engineering design presented by the Minister of State for Trade and Industry. In 1993 he received the Turners Gold Medal for the design of the solar array deployment mechanism on the £1.4 billion ENVISAT satellite (presented by the Vice Chancellor of City University)

Burgess conjures up a sense of the sophistication of the human body by comparing it with that of the ape. Writing from a background in mechanical engineering the strength of his approach is his appreciation of the singularity of designed products, & his recognition of that same uniqueness in living species, particularly humans. Some of Burgess' ideas are challenging, for instance the suggestion that certain animals are 'designed' to make good sacrifices. However most of his arguments are convincing and well illustrated. He does much to retrieve from the clutches of evolutionary theory a longed-for sense of human dignity. GoodBookStall Review 07/01/05 Mark D Nicholls