Let's Study the Letters of John by Ian Hamilton 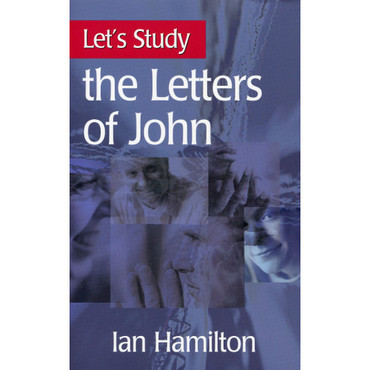 Let's Study the Letters of John by Ian Hamilton

Like much of the New Testament, John's three letters were written to deal with pressing difficulties being experienced in the first-century churches. False teachers, whom John calls 'antichrists', were denying fundamental Christian truths and deeply troubling the Christians whom the aged apostle loved and called his little children. John writes with warmth, seriousness, and urgency to correct this situation. He shows that sound doctrine is vital, not only to the well-being of Christians, but to their very existence, since error leads to deception, darkness, and ultimately the destruction of those who embrace it.

The message of John's letters is of perennial relevance, and especially important in our own day. Ian Hamilton s concise commentary provides a warmly pastoral explanation of John's timeless message, pointing the reader to the Word made flesh, the Lord Jesus Christ, as the answer to all problems in the church, whether in the first or the twenty-first century.

The Let's Study series seeks to combine explanation and application. The aim is exposition of Scripture written in the language of a friend, seated alongside you with an open Bible.

Ian Hamilton has been minister of Cambridge Presbyterian Church since 1999. He graduated from Edinburgh University in 1979 and became the minister of Loudoun Church of Scotland, Newmilns, Ayrshire in the same year, serving there for almost twenty years. He is married to Joan, and they have four children.

Ian Hamilton is a Trustee of the Banner of Truth Trust and has preached at conferences around the world.