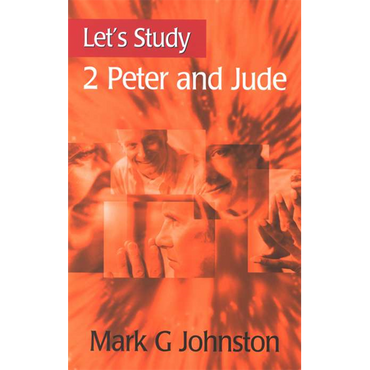 Mark Johnston is originally from Northern Ireland where he studied in Queen s University, Belfast. He went from there to study theology in Westminster Theological Seminary, Philadelphia before returning to Ireland in 1984. He spent the next ten years involved in Church planting work with the Evangelical Presbyterian Church in Ireland, overseeing the establishment of Trinity EPC, Richhill.

In 1994 he was called to the pastorate of Grove Chapel, Camberwell, an historic Calvinistic Chapel on the edge of Central London. He served that congregation for 16 years before becoming the Senior Pastor of Proclamation Presbyterian Church, Bryn Mawr, Pennsylvania in 2010, a post which he left in 2013. In 2014 he accepted a call to be minister of Bethel Presbyterian Church, Cardiff.

Mark is married to Fiona and they have two grown-up children, Lindsay and Andrew. He is a Trustee of the Banner of Truth Trust and the author of three commentaries in the 'Let's Study'series John, Colossians and Philemon, and 2 Peter and Jude.

In 2014 the Trust had the opportunity to sit down with Mark and ask him to tell us a little bit about his past. Mark shared with us his upbringing as a child of the manse, his transatlantic journey to seminary, and how the Lord used him as a church planter in his homeland of Northern Ireland.

The letters of 2 Peter and Jude share several common themes and were designed to strengthen the faith of Christians who were being unsettled by false prophets and teachers within the apostolic churches. Both Peter and Jude show that the problem of false doctrine is nothing new among the people of God. By using examples and warnings from the Old Testament Scriptures they encourage their fellow believers to remain faithful to the gospel, to grow in the grace and knowledge of the Lord Jesus, and to live in the light of Christ’s second coming.

Mark Johnston’s contemporary commentary shows that these themes are as relevant to Christians today as they were in the first century.

As with other volumes in this series, the value of the exposition is enhanced by the Group Study Guide which follows.