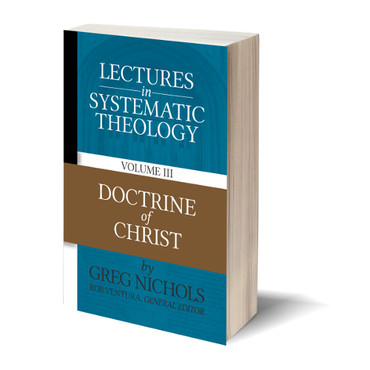 n the fullness of time, God sent his Son into the world to accomplish salvation from sin: “It is a light thing that you should be my servant to raise up the tribes of Jacob, and to restore the preserved of Israel: I will also give you for a light to the Gentiles, that you may be my salvation unto the end of the earth” (Isa. 49:6). This took place when God the Son became flesh (this act is the incarnation) and entered the world as Jesus of Nazareth: “you shall call his name Jesus, for he it is that shall save his people from their sins” (Matt. 1:21). God himself became the Savior he had promised mankind. Jesus was born of a virgin and lived a perfect life that matched the prophecies foretold by God’s prophets. Jesus laid down his life to atone for sin. Though he was totally innocent of sin, he took the punishment of sin on himself, so that his people would never endure it. While sinful men betrayed, abused, falsely tried, and executed Jesus by crucifixion, God inflicted the punishment of his people’s sins on him. On the cross, the innocent and perfect Christ became sin for us, suffered the unimaginable punishment of holy justice, and died in the place of his people. This is divine love. Therefore, only Christ can save sinners: “Neither is there salvation in any other: for there is none other name under heaven given among men, whereby we must be saved” (Acts 4:12).