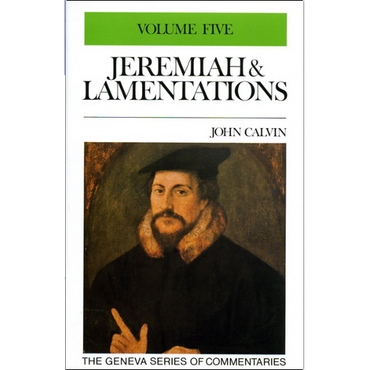 John Calvin (1509-64), the French theologian and pastor of Geneva, was one of the principal 16th-century Reformers.

Calvin was born on 10 July 1509, in Noyon, about sixty miles north-east of Paris. His father Gérard Cauvin held legal office in the service of the bishops of Noyon, and wanted his son to enter the church. He used his influence to obtain a chaplaincy at Noyon Cathedral when Calvin was 11, the income helping to fund his education. The young man was privately tutored, before being sent to Paris at the age of 14 to study theology at the University. He first attended the Collège de la Marche, then the Collège de Montaigu, where he received the equivalent of his Master of Arts in 1528 at the unusually young age of 17. Some of Calvin s instruction was given by the brilliant Latin scholar Mathurin Cordier, and he obtained a first-class education.

'I confess that at the outset I was put off by the fear of being thought rash and arrogant if I should attempt such an undertaking after so many excellent works.' So wrote John Calvin (1509-1564) in the dedicatory letter of his commentary on Romans, his first printed exposition. The initial hesitation overcome, Calvin went on to produce a commentary series covering much of Scripture, one which is, in words of William Cunningham, 'not only superior to any that preceded it, but it has continued ever since, and continues to this day, to be regarded by all competent judges, as a work of highest value.' C.H. Spurgeon concurred: 'Everything that Calvin wrote by way of exposition is priceless. His expositions are more equal in excellence than those of other men; other men rise and fall, but he is almost uniformly good.' These estimations still hold true and, even in this age of multiplying commentaries, those of John Calvin stand out as models of honesty, good sense, and evangelical warmth. Here, in this extensive exposition of Jeremiah, we encounter Calvin's great gifts as an exegete and theologian. But we also see how his experience as a pastor and preacher equipped him to produce this outstanding exposition of 'the weeping prophet.'