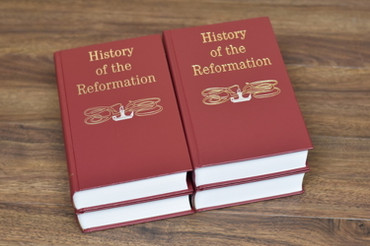 Although John Calvin figures prominently in the History of the Reformation in Europe in the Time of Calvin, this work is not biographical. Instead, Jean Henri Merle d’Aubigne uses Calvin’s life and the church in Geneva to narrate the comprehensive scope of religious reform during the sixteenth century. These books outline the people, places, and ideas which shaped the Reformation in France, England, Spain, Germany, Italy, Denmark, Norway, Sweden, and the Netherlands. He argues that not only religious, but also political emancipation results from the Reformation, and explores the nature of religious freedom, political liberty, and the influence on human history in the three centuries following the Reformation.

Jean Henri Merle d’Aubigné (1794–1872), was the most popular church historian of the nineteenth century.