Duties of Christian Fellowship: A Manual for Church Members 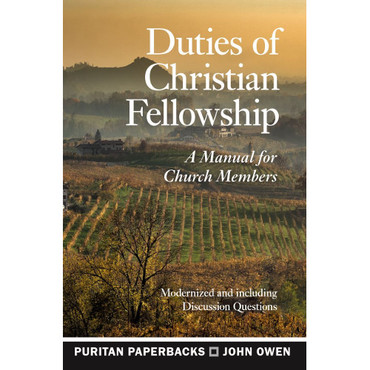 Duties of Christian Fellowship: A Manual for Church Members

Duties of Christian Fellowship deals with a matter of perennial concern for every truly Christian church. In just a few pages it sets out in very concise terms the responsibilities all Christians have, first, to their pastors, and then second, to one another within the fellowship of the local church.

John Owen was a pastor as well as a theologian and therefore this is a most practical manual of church fellowship. It was likely intended to be read by individuals with self-examination, meditation and prayer, but it would also be very suitable for group Bible study or adult Sunday School classes. This edition is enhanced by a modernized text and the addition of questions which have been added to facilitate group discussion.