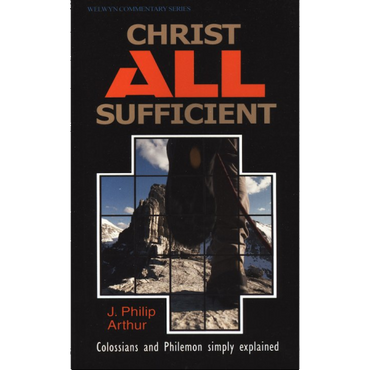 Paul, under house arrest in Rome, wrote two letters which were both sent to Colosse at the same time and by the same messenger, a man named Tychicus. One of the letters we know as the epistle to the Colossians. It is packed with good things. Not a word is wasted. There was a problem in the church at Colosse, and it was this that prompted Paul to write. It seemed that there was a real danger that an impressionable young church might be seduced away from uncomplicated and straightforward devotion to Christ. There was a new mood in the church, a worrying tendency to be influenced by currents of thought from outside, from society at large — a danger that is still present in our own day. The most important consequence of the new teachings was that they would wean people away from Christ in subtle ways by making them preoccupied with other things in addition to him. In order to counter this emphasis, Paul wrote a letter that is full of Christ. Read it, and it will work wonders for your confidence. In a variety of ways it makes the point that Christ is magnificent, that nothing can compare with him, and if we have Jesus, we have enough. The second letter, the epistle to Philemon, was addressed to one of the members of the church in Colosse and related to another person from the same town. It is a highly personal letter, written from one Christian to another, and it has a fascination all its own. At its heart is a theme that is vital for all Christians — that of forgiveness. Christians are, by definition, a forgiven people, and forgiveness is an ongoing necessity in all our relationships. Few things bring the cause of God into more disrepute than Christians who begrudge reconciliation.