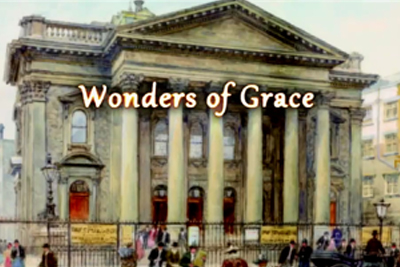 Previously unpublished testimonies from a treasure trove of records of conversions during Spurgeon’s pastorate at the Metropolitan Tabernacle.

There are over twenty ­volumes of beautifully handwritten testimonies of those converted during Spurgeon’s pastorate. These are the elders’ reports of each applicant for baptism and church membership throughout his ministry, including the revival year of 1861. Many glorious themes shine through these records of trophies of grace, especially the instrumentality of preaching and the impact of particular sermons, the seed sown during Sunday School years, the transformed lives of converts, and their forsaking of the world and its entertainments.

Many converts were servants and apprentices. Some converts took months to find peace with God, others were saved suddenly. Occasional pages show the interviewing elder dissatisfied with a testimony, and the referring of the applicant to a Bible class for further help.

There are over 12,000 entries in these priceless volumes. Those clearly converted were given a card to see the pastor (or for a period the co-pastor James Spurgeon) who would sanction their baptism or proposal to the church for membership.

Here is a small selection of entries some of which form part of a larger number published in Wonders of Grace.

Stated that about 2 years ago, he was opposed to religion, but hearing of the accident at the Music Hall and being fond of fun and excitement thought he would go, in case there might be a similar occurrence. Mr Spurgeon’s ministry caused him to attend regularly. The impressions of the Sunday sermon never wore off till about Wednesday; he says he always felt miserable at the beginning of the week. When Mr S left the Music Hall, he attended nowhere regularly until the Tabernacle was opened. Has scarcely been absent since. About 6 months ago he went to the Surrey Theatre to hear Mr Carter the Sweep [ evangelist], he there felt his lost condition. He pointed him to Jesus in his sermon but his state of mind was so dreadful for days, that all that knew him said he was going mad. He resolved to throw himself away if Jesus did not appear. Jesus did appear, and he found peace. Gave him a card. —T R Phillips

I have seen this young person two or three times having at my first interview with her given her a ticket for the Catechumen class as she had not a very clear view of the work of Christ for sinners – this evening I have again seen her and am more satisfied. She has a sister who is a member of Soho Chapel but a frequent hearer of Mr Spurgeon’s – this sister brought her to Exeter Hall and after attending a few Sundays she heard the sermon published under the title of ‘The Wail of Risca’. Under this sermon she was fully aroused to a sense of her condition as a sinner before God having previously been a giddy, worldly, prayerless young girl. She went home in great distress of mind, relief from which she soon obtained by prayer for pardon through the blood of Jesus – thus far her testimony when I first saw her, but she was very confused in her ideas about the blood and entirely ignorant about the imputed righteousness in which the believer stands complete before God, and on several other points her knowledge was very deficient. I therefore gave her the necessary counsel and sent her as before stated to the Catechumen class – I am now however sufficiently satisfied and gave her a card. —Thomas Moor

Lost her parents at the age of ten years. At the age of eighteen came up to London, where she fell into all kinds of worldly pleasures and Sabbath breaking but felt convictions at the same time that it was sinful, but could not resist temptation. Now feels no pleasure save in the house of God. Was much blessed under the sermon entitled – ‘The Mission of the Son of Man’, also by an appeal made by our Pastor after the ordinance to the spectators in the gallery and felt especially comforted during prayer by the words ‘Though your sins be as scarlet &c’. The sermon from the words ‘He shewed them his hands and his side’ was also very precious to her. She is willing to give up all things rather than Christ; though feeling daily the indwelling of sin yet feels a sweet sense of forgiveness in Christ. —Seen by Bro Barrow who was well satisfied with this case, and gave a card accordingly.