Barnes Notes on the New Testament) by Albert Barnes (Hardcover) 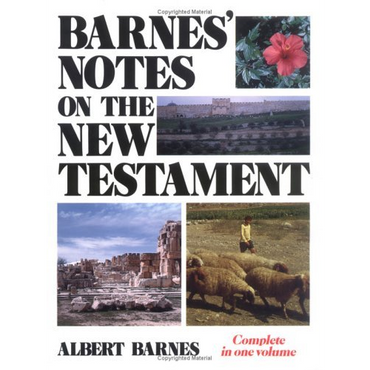 Barnes Notes on the New Testament) by Albert Barnes (Hardcover)

Albert Barnes (1798-1870) received academic degrees from Hamilton College and Princeton Theological Seminary. He pastored the Presbyterian Church at Morristown, N.J. for five years before accepting the pastorate at the First Presbyterian Church in Philadephia. It was during his 37 years pastorate in Philadelphia that he found time to prepare his series of commentaries of which over two million copies have been sold in various editions.

Albert Barnes Notes on the New Testament is a must for any library. He exposits the Scripture better than any modern theologian. If you want to write better sermons or if you just want to grow in the Lord this is worth the read.