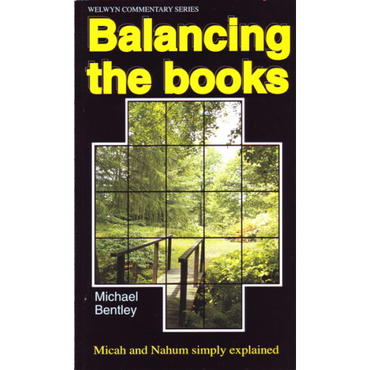 The prophecies of Micah and Nahum were delivered to the people of the southern kingdom of Judah although Nahum's message came about one hundred years after Micah. Both were given under the shadow of the threat of invasion from the mighty Assyrian empire, which had already taken captive Judah's northern neighbour, Israel. In calling the people to repentance Micah denounces idolatry and hollow ritualism as well as violence, covetousness and the exploitation of the poor by the rich. The task of Nahum was to predict that the days of Nineveh, the capital of Assyria, were numbered. These were solemn warnings but with them came messages of hope for God's people as Nahum predicts the final downfall of those who oppress them, while Micah speaks clearly of the coming Messiah who would be born in Bethlehem and who would come to reign in righteousness. Micah proclaims the pardoning God who delights to show mercy. In this commentary, Michael Bently shows that these prophecies are still relevant for God's people today. The Lord is still in control over the nations and the lives of individuals and one day he will balance the books as all will have to give an account of themselves to him. Yet for those who trust in him he is still, to use Nahum's words, 'a refuge in times of trouble' and the messenger is still 'one who brings good news who proclaims peace'.