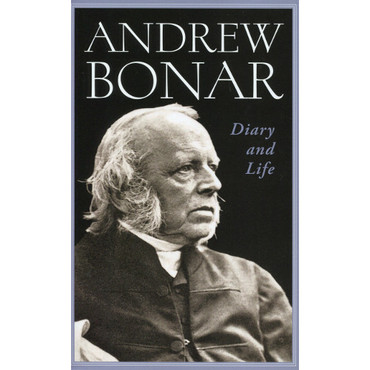 The Diary and Life of Andrew Bonar (1810-92) gives a panoramic view of one of the most fascinating periods of Scotland’s church history. But first and foremost it is the record of God’s work in the life of a man who represented all that was finest in the evangelical life of that country.

Pupil of Thomas Chalmers, friend of Robert Murray M’Cheyne, participant in the revivals of 1839 and 1859, faithful witness against the inroads of ‘Higher Criticism’, Bonar’s name because highly esteemed far beyond the borders of his own church. Yet his life-long concern was communion with God and his diary discloses that hidden yet most helpful aspect of his witness.

Convinced, like M’Cheyne, that ‘it is not great talents God blesses so much as great likeness to Jesus’ and that ‘unholiness lies at the root of our little success’, Andrew Bonar sought to press further and further into the presence of God.  He knew that ‘one of the gravest perils which besets the ministry is a restless scattering of energies over an amazing multiplicity of interests which leaves no margin of time and of strength for receptive and absorbing communion with God’. Consequently prayer, meditation, and Bible study were for him the chief work of every day.

Andrew Alexander Bonar (1810-92), the youngest brother of Horatius, was born in Edinburgh and educated at Edinburgh University. He was ordained at Collace, Perthshire in 1838, where he was minister in the Church of Scotland to the Disruption (1843) and in the Free Church until moving to Finnieston Free Church, Glasgow in 1856. He was Moderator of the Free Church Assembly in 1878. He visited Palestine with Robert Murray M'Cheyne in 1839, and was his friend's biographer after his early death.

Several of Bonar's books are published by the Trust, including his Commentary on Leviticus in the Geneva series, but he is perhaps best-known for the aforementioned Memoir and Remains of R. M. M'Cheyne. Bonar was tireless in his evangelistic endeavours, and he epitomised the text in Hebrew above the entrance to his church in Glasgow: 'He that winneth souls is wise'.

"This book will inspire and instruct ... A book to be read and re-read." - YOUNG LIFE

"A welcome reprint, introducing us to one of the great men of God of 19th century Scotland. Best known as the biographer of M'Cheyne, Bonar's own life and ministry, bathed in prayer and blessed with recurring revivals, deserve to be known in their own right. The volume cannot but stir devotion to Christ and zeal to serve him." - EVANGELICAL TIMES

"The whole volume is a devotional gem, far removed from the passing superficiality of many of its modern counterparts. Its very profundity and realism will help a disheartened Christian and revive the weary minister." - CHURCH OF ENGLAND NEWSPAPER

"In personality he was genial, gracious, very loving and very winning, and in his old age he represented all that was best and finest in the Evangelical life of Scotland." - AUSTRALIAN CHURCH RECORD