An Introduction to John Owen: A Christian Vision for Every Stage of Life 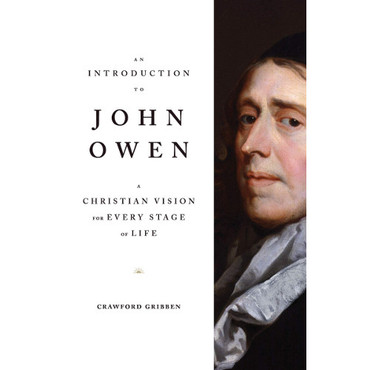 An Introduction to John Owen: A Christian Vision for Every Stage of Life

More than three centuries after his death, Puritan theologian John Owen continues to have an impact on readers. In his eight million published words, he addressed a wide range of topics, from theological and biblical commentary to social and political issues. In this survey of Owen’s life and work, Crawford Gribben captures the vision of the Christian life that Owen himself lived out—and hoped his readers would live out as well.

Crawford Gribben (PhD, University of Strathclyde) is professor of early modern British history at Queen’s University Belfast, and previously served as associate professor of early-modern print culture at Trinity College Dublin in Ireland. Crawford is also the author of the groundbreaking biography John Owen and English Puritanism: Experiences of Defeat.

“This book is a helpful introduction to one of the greatest theologians our world has known and a healthy enticement to feed on Owen’s writings for a lifetime.”
—Joel R. Beeke, President, Puritan Reformed Theological Seminary; author, Reformed Preaching; coauthor, Reformed Systematic Theology