A Lifting Up for the Downcast by William Bridge 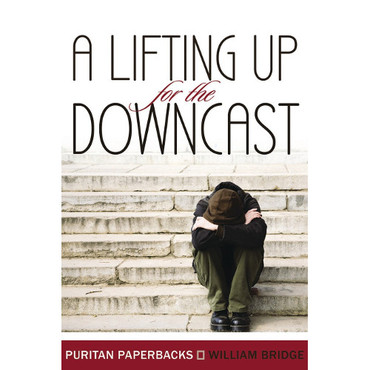 A Lifting Up for the Downcast by William Bridge

Born in Cambridgeshire around 1600, William Bridge entered Emmanuel College, Cambridge in 1619, where he earned a bachelor's degree in 1623 and a master's degree in 1626, before serving as a fellow at the college.

He was ordained a priest in the Church of England in 1627, and served in Saffron Walden and Colchester in Essex, then becoming rector of St. Peter Hungate in Norwich in 1632.

In 1636 he was forced to flee to Rotterdam in Holland, because of Bishop Matthew Wren's campaign against nonconformity, and co-pastored a church there with John Ward and then Jeremiah Burroughs.

Returning to England in 1641, the following year he was appointed a member of the Westminster Assembly, and proved himself a noted Independent. That same year he accepted a position as town preacher at Yarmouth, where he organized an Independent church, and formally became its pastor in autumn 1643. He laboured there until 1662, when he was ejected by the Act of Uniformity.

These thirteen sermons on Psalm 42:11, preached at Stepney, London, in the year 1648 are the work of a true physician of souls. In dealing with believers suffering from spiritual depression, Bridge manifests great insight into the causes of the saints’ discouragements such as great sins, weak grace, failure in duties, want of assurance, temptation, desertion and affliction. A correct diagnosis is more than half the cure but Bridge does not leave his readers there. He gives directions for applying the remedy. For example in dealing with ‘great sins’ he says, ‘If you would be truly humbled and not be discouraged; not be discouraged and yet be humbled; then beat and drive up all your sin to your unbelief, and lay the stress and weight of all your sorrow upon that sin.’ The general causes of spiritual depression are the same in every age. Downcast Christians of the twenty-first century can find help here as surely as did past generations.

Basically this is a wonderful, searching work on depression and discouragement. These sermons on a passage from Psalms are just what we need when we are feeling downcast. William Bridge does a fine job in displaying that there is no biblical reason for discouragement, the weight of this book is going through various common reasons for discouragement, and showing how we can rise above them.

There are many great quotes and one-liners in this book. But make no mistake about it, Bridge does not flippantly discount causes for discouragement. He doesn't pass along quaint platitudes. He deals with the issue seriously, gives causes and deeper issues the attention they require. He shows a lot of insight in handling potential objections. In a manner characteristic of the Puritans, he points us to Christ and shows us how even the most discouraging and dark things work toward the good of the believer. His presentation of these matters is not simplistic, but actually very nuanced. There is much solid meat here, and yet it is intensely practical.

This book will not change your life in and of itself, deep discouragement will not go away easily. But William Bridge points you in the right direction and gives you tons of gems that will help you think about your condition and situation in a godly light. When discouraged and/or depressed, it is easy to have a skewed, unrealistic perspective, and unless someone or something can come along side you and help you see things in a new light, it will be hard to escape it. I believe this book is one such resource.