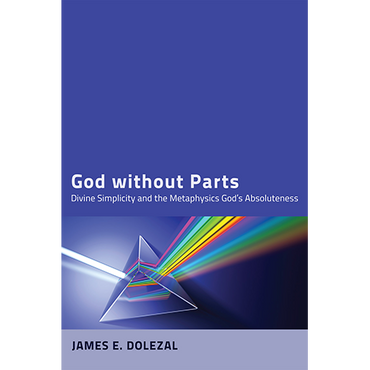 The doctrine of divine simplicity has long played a crucial role in Western Christianity's understanding of God. It claimed that by denying that God is composed of parts Christians are able to account for his absolute self-sufficiency and his ultimate sufficiency as the absolute Creator of the world. If God were a composite being then something other than the Godhead itself would be required to explain or account for God. If this were the case then God would not be most absolute and would not be able to adequately know or account for himself without reference to something other than himself. This book develops these arguments by examining the implications of divine simplicity for God's existence, attributes, knowledge, and will. Along the way there is extensive interaction with older writers, such as Thomas Aquinas and the Reformed scholastics, as well as more recent philosophers and theologians. An attempt is made to answer some of the currently popular criticisms of divine simplicity and to reassert the vital importance of continuing to confess that God is without parts, even in the modern philosophical-theological milieu.

James E. Dolezal is a Research Fellow at the Craig Center for the Study of the Westminster Standards, Westminster Theological Seminary, Philadelphia, Pennsylvania.

"James E. Dolezal has authored a philosophically rigorous and theologically thorough defense of divine simplicity, and he has done so for positive reasons. For Dolezal, the whole rationale for defending the simplicity of God is to assure that we actually come to know, though not fully comprehend, God as he truly is--the God of reason and revelation, the God of the Christian philosophical and theological tradition. Dolezal has made a very admirable and extremely significant contribution to the discussion of God's simplicity." -Thomas G. Weinandy, OFM, Cap. United States Conference of Catholic Bishops

"At a time when the simplicity of God has fallen on hard times, James Dolezal does a fine job of navigating current objections to this central aspect of theology proper. In particular, Dolezal shows the intimate relationship between those who would affirm God's absolute character, and an affirmation of divine simplicity. He brings Aquinas' affirmation of simplicity into the contemporary debate in a way that Thomas himself might have done." -K. Scott Oliphint, Westminster Theological Seminary

"James Dolezal offers an exceptionally rich, lucid, and creative insight into the meaning and significance of the doctrine of God's simplicity. Engaging in a lively, sincere discussion with the major contemporary opponents and with representatives of the broad theological tradition, he gives not only a thorough introduction, but also advances the debate: Dolezal translates the discussion about ontotheology into an analytical framework and suggests a new solution for the compatibility of God's simplicity and freedom." -Harm Goris, Tilburg University

"God without Parts is a valuable contribution to the field of philosophical-theology. Looking to the thought of Thomas Aquinas, James Dolezal carefully presents the logical coherence of the doctrine of divine simplicity, cogently illustrating how the doctrine is a necessary ontological condition for affirming God's absoluteness with regard to his existence, essence, knowledge, and will. This work will be a welcome addition to the libraries of philosophers and theologians alike." -Gregory T. Doolan, The Catholic University of America --Wipf and Stock Publishers

Dolezal s book is a delight to read insightful, well-research, and clearly written. . . . Most especially, it is a prophetic work, providing a resounding call to recover and reaffirm the absolute God of the Christian tradition who is not pieced together from univocal fragments of human thought but is rather the transcendent Creator who has formed us in his own image and likeness. The Thomist


God without Parts deals with an important topic in philosophical theology, and anyone interested in the fate of the [doctrine of divine simplicity] should read it. . . . an instructive study of a difficult problem, written in scrupulously sober prose. Heythrop Journal


This book is a good and useful addition to the literature on the Doctrine of Divine Simplicity. Faith and Philosophy


God without Parts is meticulously researched, cogently argued, and eminently readable. . . . both an excellent study of the historic doctrine of divine simplicity and a rigorous defense of the doctrine with the contemporary philosophical and theological context. Philosophia Christi


[T]he book represents the most thorough and up-to-date explication and defense of the doctrine of divine simplicity from within the Protestant tradition. Dolezal has given us a fine example of Reformed philosophical theology: historically informed, confessionally observant, ecumenically oriented, and analytically rigorous. Themelios --Wipf and Stock Publishers