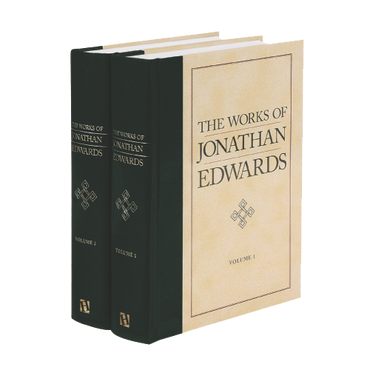 Widely recognized as a great theologian, an influential preacher and a prolific writer, Jonathan Edwards played a prominent role in helping to spark the spirit of revivalism known as the Great Awakening in the eighteenth-century America. Edwards' sermons, while intellectually engaging, were also accessible to the common people and often generated highly emotional responses. His foremost desire was to help people transform from mere believers in Christian doctrine to converted Christians who were moved to action by the principles of their belief.

This two-volume collection of Edwards' works features important sermons of the Great Awakening as well as Edwards' memoirs and other essays. First published in 1834, here is what makes this new edition of The Works of Jonathan Edwards the best available:

More complete. This edition contains all matter included in the first collected American edition, various original extracts from the diary and papers of Edwards, several smaller pieces printed originally in a separate form, and a memoir by descendant Sereno E. Dwight.

For anyone interested in the roots of Christianity and revival in colonial America, The Works of Jonathan Edwards is a fundamental resource.

Jonathan Edwards (October 5, 1703 – March 22, 1758) was a preacher, theologian, and missionary to Native Americans. Edwards "is widely acknowledged to be America's most important and original philosophical theologian," and one of America's greatest intellectuals.

“Jonathan Edwards . . . was among the noblest and ablest Christians of his age, and can now be seen, two centuries after, as one of the greatest theologians ever given by God to his church. As a saint and scholar, evangelist and educationalist, pastor and teacher, missionary and metaphysician, he showed a grasp of the grandeur of God’s sovereignty and the glory of divine grace equaled only by men of the caliber of John Owen and John Calvin.” — J. I. Packer

“Edwards is widely recognized as being probably the greatest American theologian. His writings, though sometimes difficult, are often inspiring. Full doctrinal agreement is not a prerequisite to profiting from this great man of God.” — Christianity Today