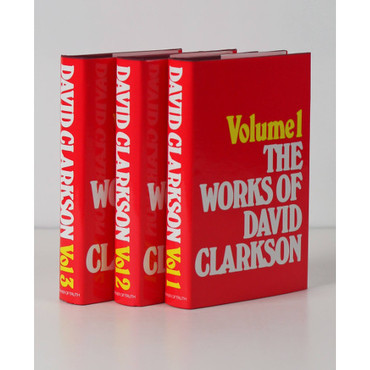 The three volumes of Clarkson’s Works published in 1864-65 well illustrate his preaching powers. His expositions are characterised by faithfulness to biblical teaching, by careful analysis and exposition, and by copious application.

As a preacher, Clarkson expressed himself forcefully and memorably. These powers, happily married to a clear and logical mind, gave birth to sermons which are full of striking expressions and fruitful insights.

Little is known of the life of the Puritan David Clarkson. Born in Bradford, Yorkshire in 1622, he graduated from Cambridge University, and was a fellow of Clare Hall from 1645 until his marriage to a Miss Holcroft in 1651. He served as rector of Crayford, Kent from 1650 to 1655, and held the perpetual curacy of Mortlake, Surrey, from 1656 to 1661. For about a year, he served as assistant to Samuel Clark at St. Benet Fink, London, until the Act of Uniformity and the Great Ejection in 1662.

For the following twenty years he appears to have ministered in relative obscurity until July 1682 when he became colleague to the fast ailing John Owen, whom he assisted in Leadenhall Street, London, until the latter’s death in 1683. He ministered in Owen’s pulpit for only three more years until his own death on June 14 1686.