The Puritans: Their Origins and Successors 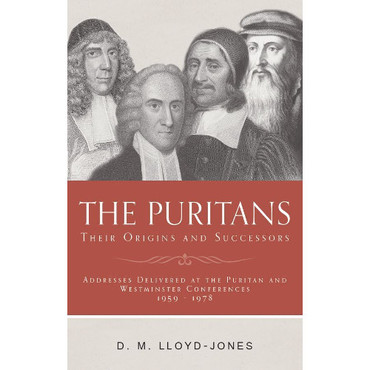 The Puritans: Their Origins and Successors

What did the Puritans and their successors teach? Was their teaching biblical? What can we learn from them for our life and witness today? These questions guided Dr. LLoyd-Jones in giving the addresses in this volume. Far from sharing the idea that a knowledge of the past is useless or irrelevant, he believed that the study of history is vital to the well-being of the church today.

In these addresses given at the Puritan Studies and Westminster Conferences between 1959 and 1978, Dr. LLoyd-Jones ranges widely over the history of Reformed Christianity from the Reformation to the nineteenth century, drawing lessons from major figures like Calvin and Knox, Bunyan and Owen, Edwards and Whitefield, and from lesser-known men such as Henry Jacob, John Glas and Robert Sandeman.

Written in an absorbing and stimulating style, these studies continue to speak with great insight and relevance to the church of the twenty-first century.

1959 - Revival: An Historical and Theological Survey

1975 - ‘The Christian and the State in Revolutionary Times': The French Revolution and After

1976 - Jonathan Edwards and the Crucial Importance of Revival

Martyn Lloyd-Jones (1899-1981, minister of Westminster Chapel in London for 30 years, was one of the foremost preachers of his day. His many books have brought profound spiritual encouragement to millions around the world.