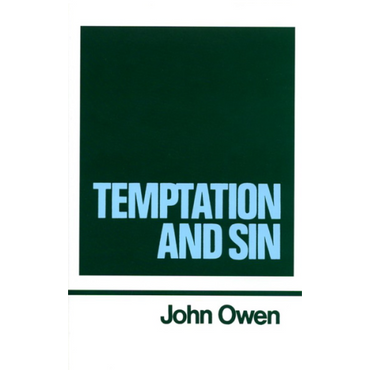 Despite his other achievements, Owen is best famed for his writings. These cover the range of doctrinal, ecclesiastical and practical subjects. They are characterized by profundity, thoroughness and, consequently, authority. Andrew Thomson said that Owen "makes you feel when he has reached the end of his subject, that he has also exhausted it." Although many of his works were called forth by the particular needs of his own day they all have a uniform quality of timelessness. Owen's works were republished in full in the nineteenth century. Owen is surely the Prince of the Puritans. "To master his works," says Spurgeon, "is to be a profound theologian."

In the four works contained in this volume we have Owen at his very best. On the Mortification of Sin, the substance of a series of addresses on Romans 8:13, provides teaching in a vital but neglected aspect of Christian living. In less than ninety pages Owen takes up many of the questions which occur to every believer in the battle against sin. Temptation, an exposition of Jesus' words, "Watch and pray, lest ye enter into temptation," describes the nature of entering into temptation, and offers valuable teaching on watching against it. The study of these themes is itself a preparation for Indwelling Sin, based on Romans 7:21. Here Owen unravels the deceitfulness of the nature of sin, especially in the mind and affections, and traces its terrible power through conception, birth, and growth. The second half of the volume contains Owen's massive Exposition of Psalm 130, with some two hundred pages devoted to forgiveness and assurance. He writes here as one who, himself, has longed to know these privileges. This section is, in the words of one of his biographers, "As full of Christian experience as of rich theology...to a great extent the unconscious transcript of his personal wanderings and perplexities, and final deliverances." Possibly no better work exists on this area of Christian experience.

Can it really be that in the decade or so that Amazon has been online that no one has submitted a review of this book? The very thought saddens me. [Correction: There are two reviews of The Complete Works of John Owen which have been there since 2000/01.] When C. S. Lewis recommended that you intersperse the reading of modern books with old books, I'm sure he had in mind books like this. As an English Puritan of the 17th century, Owen looked at life differently than we do today, and if there is one English Puritan whose wisdom and scholarship towers above the rest, it is Owen.

Mencken defined Puritanism as "the haunting fear that someone, somewhere may be happy." This wrong-headed view, characteristic of an entire generation of scholars and social critics, has been largely discredited but still retains its strength in the collective consciousness of our culture. In truth, the Puritans had a passionate love for life, were outgoing and sociable, and had a deep appreciation for aesthetic beauty. But they did take their God and their duties to Him seriously, and that can be seen in this remarkable book.

Let us assume for the sake of argument that the following premises apply to you:
1. You love God.
2. You know that God hates sin.

Given the truth of these premises, how would you live your life?

Owen affirmed the truth of these premises, as do many of us who call ourselves Christians. But unlike most of us, he really took the matter of sin and temptation seriously. Learn from him. Surprisingly enough, this is an inspiring book, not a depressing one. It is inspiring because Owen talks about critical matters of the heart that no one in your church or in the contemporary Christian publishing scene is talking about. Christians today need to be addressing the issue of temptation perhaps more than any previous generation, but no one is talking about it. Owen DOES talk about it, and in very concrete and specific terms.

Some practical advice: Read this book with a highlighter in your hand. You will come across many insightful statements that you will want to return to quickly. Create your own little index at the front in pencil. For example, as I look at the front of my copy, I have written "Special seasons of temptation 127ff". And on p. 127 Owen writes: "A season of unusual outward prosperity is usually accompanied with an hour of temptation. Prosperity and temptation go together; yea, prosperity is a temptation, many temptations, and that because, without eminent supplies of grace, it is apt to cast a soul into a frame and temper exposed to any temptation, and provides it with fuel and food for all." (Yes, that was just two sentences, and in an English which is strange to our ears. But you'll get used to it.)

I leave you with a short but powerful quote from page 9: "[B]e killing sin, or it will be killing you."