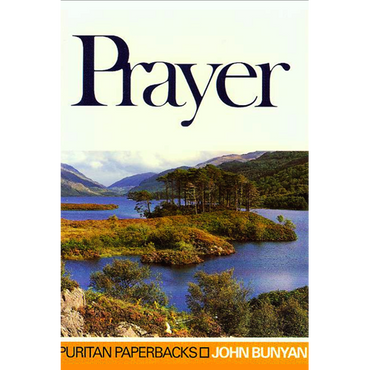 John Bunyan was born in Elstow, near Bedford, in 1628, the son of Thomas Bunyan and Margaret Bentley. He followed his father into the tinker's trade but rebelled against God and 'had but few equals, both for cursing, swearing, lying, and blaspheming the holy name of God'. As a teenager, he joined Cromwell's New Model Army, but continued his rebellious ways. His life was saved on one occasion when a fellow-soldier took his place at the siege of Leicester, and 'as he stood sentinel he was shot in the head with a musket bullet and died'.

Discharged from the army after three years, Bunyan married a God-fearing woman (whose name is unknown) in 1648, who brought two books to the marriage: The Plain Man s Pathway to Heaven (Arthur Dent) and The Practice of Piety (Lewis Bayly). These convicted Bunyan of his sin and he made attempts to reform his life. But he realised that he was lost and without Christ when he came into contact with a group of women whose 'joyous conversation about the new birth and Christ deeply impressed him'. In 1651 the women introduced him to their pastor in Bedford, John Gifford, who was instrumental in leading Bunyan to repentance and faith.

In the following years, Bunyan began publishing books and became established as a reputable Puritan writer, but around this time, his first wife died. He remarried in 1659, a godly young woman named Elizabeth, who was to be a staunch advocate for her husband during his imprisonments for in 1660 Bunyan was arrested for preaching without official permission from King Charles II; he was to spend the next 12½ years in Bedford County Gaol.

Although a time of much suffering, Bunyan's years in prison were productive, for he wrote extensively, with only the Bible and Foxe's Book of Martyrs beside him, publishing such titles as Christian Behaviour, The Holy City and A Defence of the Doctrine of Justification. Of particular significance for his life-story was Grace Abounding to the Chief of Sinners, which chronicled his life up to the time of his imprisonment.

He was eventually released in 1672, and took up his pastorate in Bedford, having been appointed by the congregation the preceding January. After some fruitful years of ministry, in March of 1675 Bunyan was again imprisoned for preaching publicly without a license. It was during this imprisonment that he began the first part of his most famous book, The Pilgrim's Progress, which was to sell more than 100,000 copies in its first ten years in print.

Two works on prayer are here brought together. In Praying in the Spirit Bunyan defines what it means to pray with the spirit and with the understanding, and deals with difficulties in prayer. In The Throne of Grace, he explains how to approach God's throne in prayer and opens up the blessings God's people receive from the high priestly ministry of Jesus Christ.

"Prayer is a sincere, sensible, affectionate pouring out of the soul to God, through Christ, in the power of the Holy Spirit, for such things as He has promised, for the good of the church with submission in faith to the will of God."
This is how Bunyan defines prayer in this amazing little book. Written while imprisoned in Bedford gaol for nonconformity, these two treatises show Christians the beauty, power, and awe of true prayer. In the first, Bunyan describes prayer as being "in the Spirit", and "with understanding" (1 Cor. 14:15). In the second, the theme is the Christian's privilege of approaching "the Throne of Grace" (Heb. 4:16).
Beware! says Bunyan. "You are not a Christian if you are not a praying person. The promise is that every one that is righteous shall pray (Ps. 32:6). You then are a wicked wretch if you do not." Surely this is a serious call to prayer!
But he also gives an encouragement: "If [God] had said, I will commune with thee from my throne of judgment, then indeed you might have trembled and fled from the face of the great and glorious Majesty. But when he says he will hear and commune with souls upon the throne of grace, or from the mercy-seat, this should encourage you, and cause you to hope, nay, to 'come boldly unto the throne of grace, that you may obtain mercy, and find grace to help in time of need.'" Surely this is a wonderful word for Christian and non-Christian alike - God is on his Throne of Grace, and He can be approached through prayer!
Read this book, and learn of the true biblical understanding of prayer from one of the greatest writers in all history!