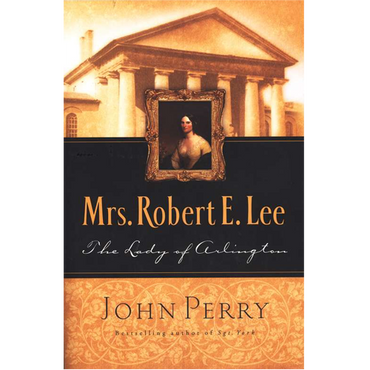 Many know about her husband, Robert E. Lee, and her great-grandmother, Martha Washington; many have visited the cemetery that now occupies her family estate. But few today know much about Mary Custis Lee herself. Chronically ill and often in excruciating pain, Mary raised seven children, faithfully witnessing to her husband for years before his conversion. She retained her dignity and faith throughout a fruitless, heartbreaking attempt to win compensation for the confiscation of her home and possessions. History is never more powerful than when it provides a role model for enduring hardship with sturdy and radiant faith. Mary Custis Lee is such an example.

Biographer John Perry has written books on contemporary politics, religion, and sports. Previously he was a writer and producer of internationally syndicated radio specials and an award-winning advertising copywriter. Perry graduated from Vanderbilt University and completed additional studies at University College, Oxford. He lives with his wife and two children in Nashville.
Endorsement
Mrs. Mary Custis Lee of all people seemed to symbolize the tragedy of the Lost Cause. Born to wealth and privilege, the daughter of George Washington's adopted son (and Martha's grandson), she could have married any young man, but instead chose soldier Robert Edward Lee. She was to follow him through war and peace, the births of seven children, a debilitating illness and the loss of her beloved home. Through all, she maintained grace and dignity and personified the gracious Southern lady. Highly recommend.