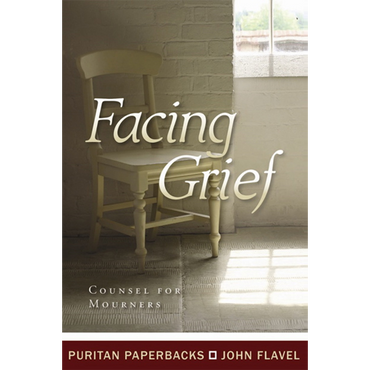 The eldest son of the Rev. Richard Flavel, John Flavel was born at Bromsgrove, Worcestershire, about 1628, and thus spent his childhood in the stormy years which led up to the Civil War in 1642. Following the defeat of the Royalist cause he 'plied his studies hard' as a commoner at University College, Oxford, and then, in 1650, entered the ministry to share in that sunny decade of spiritual reaping which preceded the restoration of Charles II.

Flavel's life and work was carried on in the county of Devon, first in the country parish of Diptford and from 1656 in the thriving sea-port of Dartmouth. Through the last years of the Protectorate and until that August day in 1662 when about 120 ministers in Devon and approaching 1,800 in England as a whole were turned out of their livings for failing to comply with the terms of the Act of Uniformity, Flavel preached every week at Townstall, the mother-church which stood on the hill outside the town, and fortnightly at the Wednesday Lecture in Dartmouth.

Thereafter he took his place in the suffering ranks of the nonconformists and had a full share of the persecution which with greater or less intensity, and short intermissions, was to continue until James II fled the country in 1688. The repressive legislation which followed 1662, while it broke the evangelical ministry of England in a public sense, scattered Gospel light into new areas and led not infrequently to the use of strange pulpits. We hear of Flavel preaching at midnight in the great hall of a house at South Molton; on another occasion in a wood three miles from Exeter; and the most colourful site of all (though it could not have been a comfortable one) at Saltstone Rock, an island in the Salcombe Estuary which is submerged at high tide. But wherever Flavel was forced to wander he was never far from Dartmouth: 'O that there were not a prayerless family in this town!' was one of many petitions he offered for Dartmouth.

In 1674, two years after his second wife’s death, John Flavel published A Token for Mourners. In it he meditates on the words of Luke 7:13: ‘And when the Lord saw her, he had compassion on her, and said unto her, ‘Weep not.’ From this verse the author helps the reader to think about grief, distinguishing ‘moderate’ sorrow from ‘immoderate’. He spells out what is appropriate for a Christian mourner and what is not. This book is full of Scripture, counsel, warning, and wisdom gained from prayerful reflection on the personal experience of affliction in loss and grief.

A best-seller for more than 150 years in both Britain and America, this little book gave much comfort to generations of Christian parents who suffered the heart-breaking experience of the loss of children.

Now republished as Facing Grief: Counsel for Mourners, this attractive new edition makes Flavel’s Token accessible once again in the form in which it knew such popularity – a small book, just the right size for carrying, and reading slowly, with meditation, reflection and prayer.

"I first became acquainted with this work when a couple in our congregation was called to go through the dark valley of losing their first child. Flavel's words helped them to trust God for good through the affliction and grief. It helped them to fix their eyes on Jesus, the Author and Perfecter of their faith when they needed such help most." - Pastor Mark Dever, Capitol Hill Baptist Church, Washington, D.C.