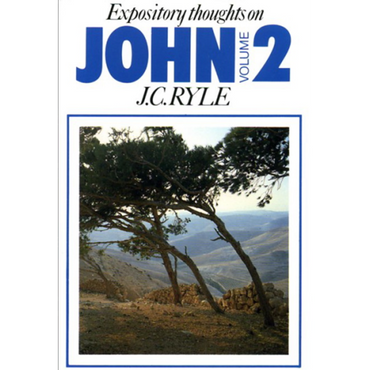 Bishop J.C. Ryle (1816-1900) was born in Macclesfield. He was educated at Eton and Oxford, and became the first Anglican Bishop of Liverpool. One of the strongest defenders of the evangelical reformed faith within the Church of England, he was a prolific author, and wrote over 200 evangelical tracts, many of which were translated into foreign languages.

Ryle's chief aim is to help the reader to know Christ. He also has another object in view. He writes so that his commentaries can be read aloud to a group. There are many other fuller commentaries on the Gospels, but no others make such compelling listening as those of J.C. Ryle.

Having very carefully reviewed J.C. Ryle's commentary on St. Matthew's Gospel...and I do mean carefully, I have found him to be matchless for simplicity and depth of insight. I have begun St. John's Gospel and am unsurprised by this classical, pan-Protestant exposition of the Gospels. Here and there is an evangelical Anglican note or two. He appears to be arguing against the ritualist and Oxfordian movement in the Church of England at points, but in no way does this mar or obtrude into the exposition. Their are Puritan elements in the exposition as Ryle explores the soul and its responses to the claims of a sovereign Redeemer. He is an old-school, evangelical, Calvinistic Anglican. I would travel far and wide to hear him, were he alive today. Fortunately, we have his expositions of the Gospels. I look forward to giving the same careful analysis to John's Gospel (already begun) that I did with his exposition of Matthew's Gospel. What a beacon of clarity and poignancy not often heard in American pulpits.