Behind a Frowning Providence by John J. Murray (Booklet) 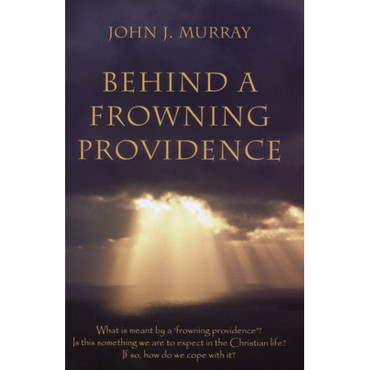 Behind a Frowning Providence by John J. Murray (Booklet)

Sorrow and suffering are unavoidable facts of life. but in our modern society they are so deeply feared that few of us ever think or talk seriously about them. Occasionally we may see someone show great faith in the face of severe trials, and yet never ask how that faith comes about.

Behind a Frowning Providence talks openly about these things. It shows why faith is able to triumph in the face of all obstacles: it is focused on God’s character and his promises to his people.

John J. Murray writes out of his years of experience as a Christian minister and counsellor, using the wisdom of God’s Word to give guidance and direction. But Behind a Frowning Providence also bears the marks of a precious stone, quarried from the deep and dark places of the author’s own experience of pain and sorrow. It speaks to the mind, giving wise counsel; it also speaks to the heart, and brings a message of encouragement which points to the way of true peace.

John J. Murray was associated with the Trust for over 45 years. He was the Trust’s assistant editor from 1960 to 1973 and was also first secretary of the Leicester Ministers’ Conference.

I'm a pastor. I've recently been bereaved. This booklet is hugely helpful in both contexts. The author writes as an experienced pastor and as one who lost his own teen-aged daughter to cancer. John J. Murray has been in the crucible. He learned some blessed lessons. What he teaches in this booklet helped me help others in their hard times (not *only* bereavement) and helped me in the death of my dad just a few months ago. I highly recommend this book to you if you're going through darkness.