Antipaedobaptism in the Thought of John Tombes 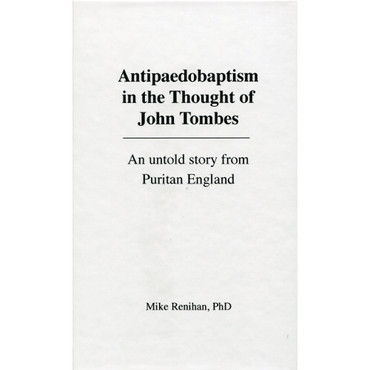 Antipaedobaptism in the Thought of John Tombes

Renihan's intention in this book is to argue for a new category of anti-paedobaptist to describe John Tombes; that is, "Anglican Antipaedobaptist". The term Baptist is too broad, and sometimes suggests an ecclesiastical position that Tombes wouldn't hold. Nor does Tombes fit the 17th century caricatures of a baptist (extatic, anabaptist, &c.). He is furthermore generally misrepresented in the most widely available sources.

Therefore, Renihan goes to primary sources: the actual writings of Tombes and his opponents. As it turns out, Tombes, because of his Reformed (covenantal) hermeneutic, found himself forced into the position of credobaptism, but, because of his ecclesiastical convictions, was unwilling to leave the Anglican church. He was sort of a nonconformist of nonconformity.

The book begins with biographical chapters, proceeds to show Tombes' arguments from Scripture, displays his arguments from church history, and concludes with his weaker pastoral arguments.

As a Reformed Baptist (1689 London Baptist Confession), I found this book not only informative as it was supposed to be, but also helpful in forming clearer arguments for my own position. One of the more important points I came away with was the fact that paedobaptists were not in agreement on the reasons for their own positions, but had a great variety. - K. C. Juntunen